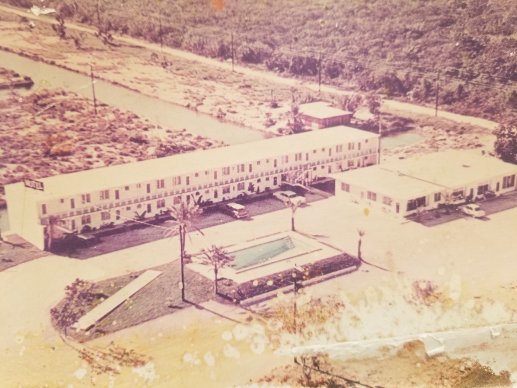 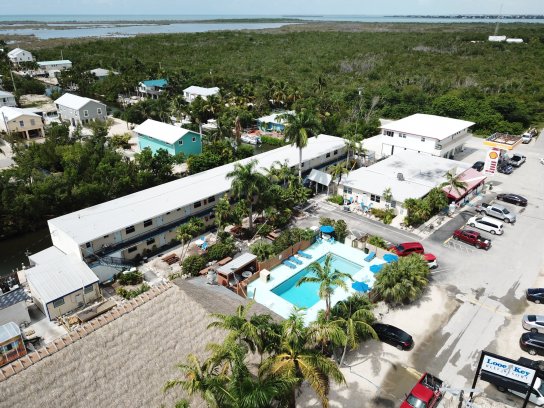 Originally established as The Breezeswept Hotel and Restaurant in 1959, and later renamed Looe Key Reef Resort in the late 1980's, we've been a landmark on Ramrod Key, sharing Florida Keys waters and Looe Key National Marine Sanctuary longer than anyone! We've grown a lot since those early days, with the diner transforming into our dive shop and the addition of the Tiki Bar. But, we've never lost that classic Keys feel, passion for the ocean, and the joy of sharing it with our visitors. As an all-in-one Dive Resort, the dive shop, boats, classroom, pool, hotel, and restaurant are only steps away from each room.

It's all about the water in the Keys and we're all about sharing that with our visiting divers and snorkelers. Become a certified diver or just enjoy a day snorkeling with us followed by live music and delicious food in the Tiki Bar, or take the short drive to Key West. We invite you to enjoy the "lower, slower Keys" with us.

Will has been diving since the dawn of time. Once, the personal Divemaster of Sponge Bob Squarepants himself, Will has since climbed the ranks in the Diving world to achieve the prestigious rank of Grand Poobah. A title which holds no significant power, but he will still rub it in your face every chance he gets.

Captain James has been with Looe Key since 2006. Before Looe, he had a stint as the Lead Singer for Twisted Sister, until he ruined his vocal cords while recording "We're Not Gonna Take It". He now uses his velvety soft voice to summon dolphins to the boat on the way back from the reef.

Just like the legendary Captain Ron from the film, Ron has done it all. Anytime anything needs to be added or fixed on the boat, he's the man! Usually found driving our six-pack boat, the legend of Ron has grown with each passing year. If you ever get the chance to be on his boat, be ready for a good time and a great story!

After a brief stint as Sonny Crockett's stunt double, Mark became an Athletic Director in the cold tundra of Wisconsin. Now that he has found a warmer residence in the Keys, his background has helped him become one of the best Assistant Instructors you can find!

After a Career as a Navy Doc, Diane now gets the pleasure of everyone in the shop asking her to help with their scrapes and boo-boos. Once she's done with that, she enjoys helping with classes and guiding divers around our beautiful reef!

Renee leads the dive team with an iron fist, although with students she is as nice as anyone. There once was a rumor that she sacrificed a Divemaster just to get good viz on the Adolphus Busch, although no proof has ever been found. She will reach the rank of Grand Poobah after she finally beats Fox in a battle to the death and takes his place.

After a prestigious career as a marine biologist, KT hung up her science cape and donned the captains hat for Looe Key. Also affectionately known as "that woman with dreads" by most of our guests, KT has been a staple of the Crew ever since.

Kim escaped the landlocked barrens of Kansas to the tropical paradise of the Keys. Not only does she brighten our shop with her smile and laugh, but she also helps shape the future of diving down at the College of the Florida Keys in Key West!

After a full career in the Navy, Tom apparently has not had enough of the ocean. Not only is he a great instructor, he also helps at the College of the Florida Keys and can fix any gear we throw his way.

When she's not busy taking classes at Penn State, Trish runs from the cold to work the shop here at Looe Key. When she's not diving down here, she plays hockey at PSU. Even though she plays defense, she's as nice as they come and doesn't pick up too many penalty minutes!

From the dark lands and mean streets of Detroit, Stef's passion is Underwater Photography. Legend says that her photos are exceptionally good, but will also steal your soul. But if you don't believe in such stories you can get a great memory of your trip from her and her trusty camera.

Book a Stay and Dive Package in advance and save on hotel, diving, and meals in the Tiki! Restrictions apply.

Book diving and hotel at the same time and save at least 10% from standard hotel and dive rates!

Prices are in USD and do not include applicable taxes or gratuities.
Prices are per person based on double occupancy.
40% single premium added for only one person in a room.
15% off meals in Tiki Bar, alcohol not included.
Dives trips include tanks and weights only. - Snorkel trips include mask, fins, and snorkel only.
Additional Dive Trips at $62.95pp, if booked as part of package.
Additional Snorkel Trips at $35.95, if booked as part of package.

Booking, Deposits, Payments, and Refund Policy
Package prices apply to Double Queen rooms, double occupancy. Maximum of two persons occupancy.
50% deposit due at time of booking. Balance will be due 30 days prior to arrival date. Cancellations more than 30 days in advance of stay will receive a full refund. 50% refund if cancelled between 30 and 14 days in advance of stay. No refunds for guest cancellations closer than 14 to stay for any reason, but may be transferred to another date if available. No refunds or transfers if cancelled within 7 days of scheduled arrival.

Refunds for hotel portion will be given only if the hotel is closed during that period.

Dives not taken are non-refundable and non-transferable. Refunds for the dive portion only will be given if the trip does not go out for safety/weather or boat mechanical reasons. Suitability of weather and diving conditions is solely at the discretion of the Captain and Management.

Dives are for the morning trip and are not transferable or refundable and must be used during the package dates. Morning dives may be exchanged for afternoon dives on the same day only if space is available.

It is solely the diver’s responsibility to meet all standard diving requirements (see dive policies).

Not Included in Package

While we will give you the best assessment we can, Looe Key Reef Resort makes no guarantees of actual weather, visibility, sea state, or other environmental conditions during your stay, and is not responsible for same, except as defined under the refund policy.

Sharing the best of Looe Key National Marine
Sanctuary since 1978 – longer than
anyone!